Why do those of us Gay men with a genuine core of compassion, kindness and a well-tuned compass of morality, allow ourselves to become passengers on a self-induced trip navigated by Captain Asshole the Narcissist, in a sea of empty vessels and his merry vapid gays?

I found myself downloading Grindr yet again, as in this town of zero gays, this application can at least serve for a blow-and-go, or quick release if that’s the quickest way you like it; however, what concerns me mostly, is how poorly men interact and behave with one another within the confines of such a sexually empowering and fluid platform. Common sense has flown out the window, as did kindness and chivalry; though in reflection, to this uneducated peasant, I’m fit for classification as, too fem and annoying because I expressed casual interest, which therefore no longer deemed me worthy of his attention and communication. 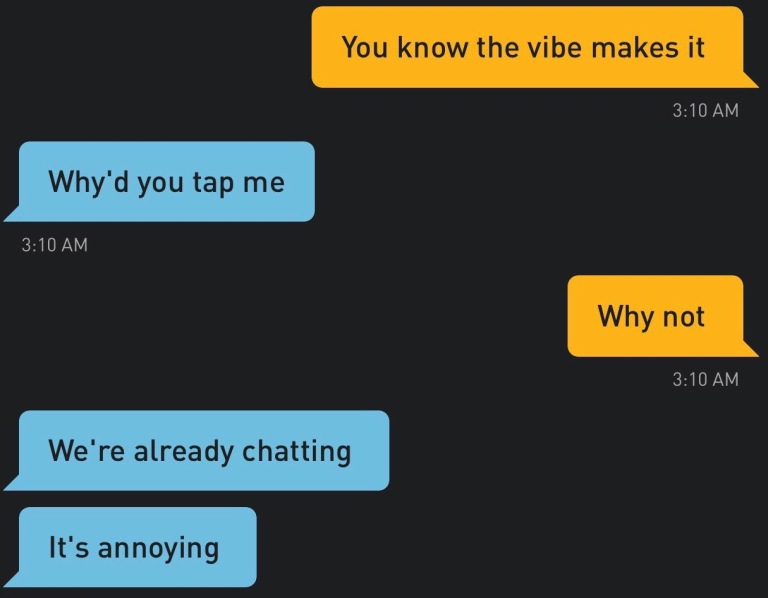 What was I thinking?! Of course! I should know better than to initiate conversations with the gutter, though the least I could do was offer the lad a simple gesture of kindness 😇, which turns out he did not need after all. I’m sure thats what I get for being online at two in the morning, but I thought it was necessary to at least download and start a profile to begin my adventures in dating. Was it necessary for this man to seek me out only to try to prove to an unknown person that he is claiming is own power? No. Is he however, an insecure manboy, unable to fully have an intimate connection with anyone other than his sister? Perhaps. Whilst gathering my thoughts to be smart and quick-witted, my screen froze and glitched only to find Sister Mister blocked me. That in itself  was a mistake, as he clearly didn’t know who he was dealing with. This time I took a screenshot and sent it to Grindr. Don’t think I’m quiet, don’t think you won’t be found out. The truth is out there self-loather, and the world will know what a douche you truly are.

You know you love me.

One thought on “Grindrfella: Fear and Loathing the self…”